Get the most out of your BlueZ Health Benefits! Get your annual membership today! JOIN NOW

You are here: Home / About Christy Morgan- formerly Christy Dafter 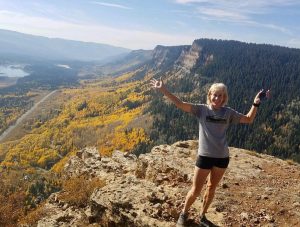 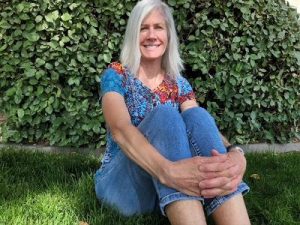 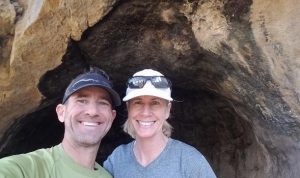 In June of 2012, she received her certification as a Blood Morphologist, completing over 40 hrs of hands on training under master herbalist and the renowned,  Susan Nichols. Christy is also a certified phlebotomist, receiving her training from the SW Phlebotomy Institute, under Linda Sanchez.  In the fall of 2014, she earned her clinical herbalist certification from UNM Continuing Ed, studying under Master herbalist, Sonia Mossaco. Health and nutrition are her passion, because it is personal. She lived most of her former life without  her health, and never wants to go back to living this way. She doesn’t want anyone else to either.

Christy completed her education at Trinity School of Natural Health, for Traditional Naturopath Doctor in November, 2018. She also earned her board certification with the American Association of Drugless Practitioners in January, 2019. Christy recently completed training in Functional Medicine from New Eden School of Natural Health, so is now a Functional Medicine Naturopath. Functional medicine is a systems biology–based approach that focuses on identifying and addressing the root cause of disease. Each symptom or differential diagnosis may be one of many contributing to an individual’s illness.

At the age of 34 Christy had her first live blood analysis done on her own blood, as a client. She saw how some very unhealthy eating habits were making her sick, tired and depressed! Seeing her own blood with her own eyes, was life changing for her. From that day forward, she began learning more about diet and nutrition, and how it truly played a key role in overall health and fitness. Exercise was not enough.  For seven years she was a health client, learning how to be healthy for herself and her own family. After seven years, she felt God calling her to then help others as she was helped. Now, teaching others how to obtain optimal health is her goal and her passion.

Christy has been a runner since she was in her early teens. She has run six marathons, numerous half marathons, and has successfully completed 12 La Luz races up the Sandia Mountains.

She qualified for the national championships of mountain racing after her 3rd La Luz race.  She entered and successfully completed her first ultra marathon in  September of 2012, running the Mt Taylor 50k in Grants, NM. Christy also successfully ran and completed the Pikes Peak Mountain ascent race in Manitou Springs, Colorado in August of 2014. She ran Mt Taylor 50k again in Sept 2019. After over 30 years of running and racing, she finally retired from the sport in October of 2015, after foot surgery, but as you see still enters a race here and there. She is thankful she can still run for enjoyment after recovering from surgery, and is still running and going out into the foothills 4-5 days per week. Christy and her husband Ryan love to explore new running trails together, and often travel to Colorado and Arizona to run on mountain trails. She credits a healthy diet and lifestyle to her running longevity.

Located on the west side of the street between Candelaria and Menaul.

Any statements made in this website have not been evaluated by the Food and Drug Administration. Products and services at BlueZ Health are not intended to diagnose, treat, cure, or prevent any disease. Always consult your medical doctor before taking any products.

This site was designed by VistaKate Design Studio